Throughout University so far there have been certain unusual topics that have stuck with me more than others. One of those is the strange method of pollination used by the Bee Orchid (within the genus Ophrys). Trust me when I say; this article will change your mind about how ‘boring’ plants are.

Let’s start from the bottom and work out way up. So, as I’m sure most of you are aware, one way plants can reproduce is through sexual reproduction. This is where the male and female gametes come together to produce a fertilised plant embryo which is genetically different to the parent plant(s). Plants can self-fertilise, or they can be fertilised by other compatible individuals (usually the same species but this can become complex).

Pollination is the name given to the transfer of male gametes (pollen) onto the female part of the flower which then goes on to fertilise the ovule. Pollination takes a variety of forms. Before insect pollination evolved, most plants were pollinated by wind and water. These methods of pollination can still be seen today in many plant species. Wind pollination is much more common, occurring in many conifers and crop plants such as rice, barley and oats. Water pollination (hydrophily) is much rarer, an example of true hydrophily is in seagrasses such as Posidonia australis.

Flowering plants (angiosperms) and insect pollination are often regarded as a classic example of evolution. During the late Cretaceous period, insect pollination became very common (it’s still debated as to whether insect pollination occurred before this, perhaps as early as the Carboniferous but I digress (1)(2)). Flowers started to provide rewards for insects to visit them. In return the insects unintentionally transferred pollen between different individuals. This form of pollination was a lot more accurate than the mass production of pollen for wind dispersal.

Pollination by insects now dominates and is very common within angiosperms. Angiosperms have adapted to entice insects in with colours, scent and rewards. Insect pollination can be further broken down, one of these sub-categories is called sexual mimicry and this is the method which the Bee Orchids use. 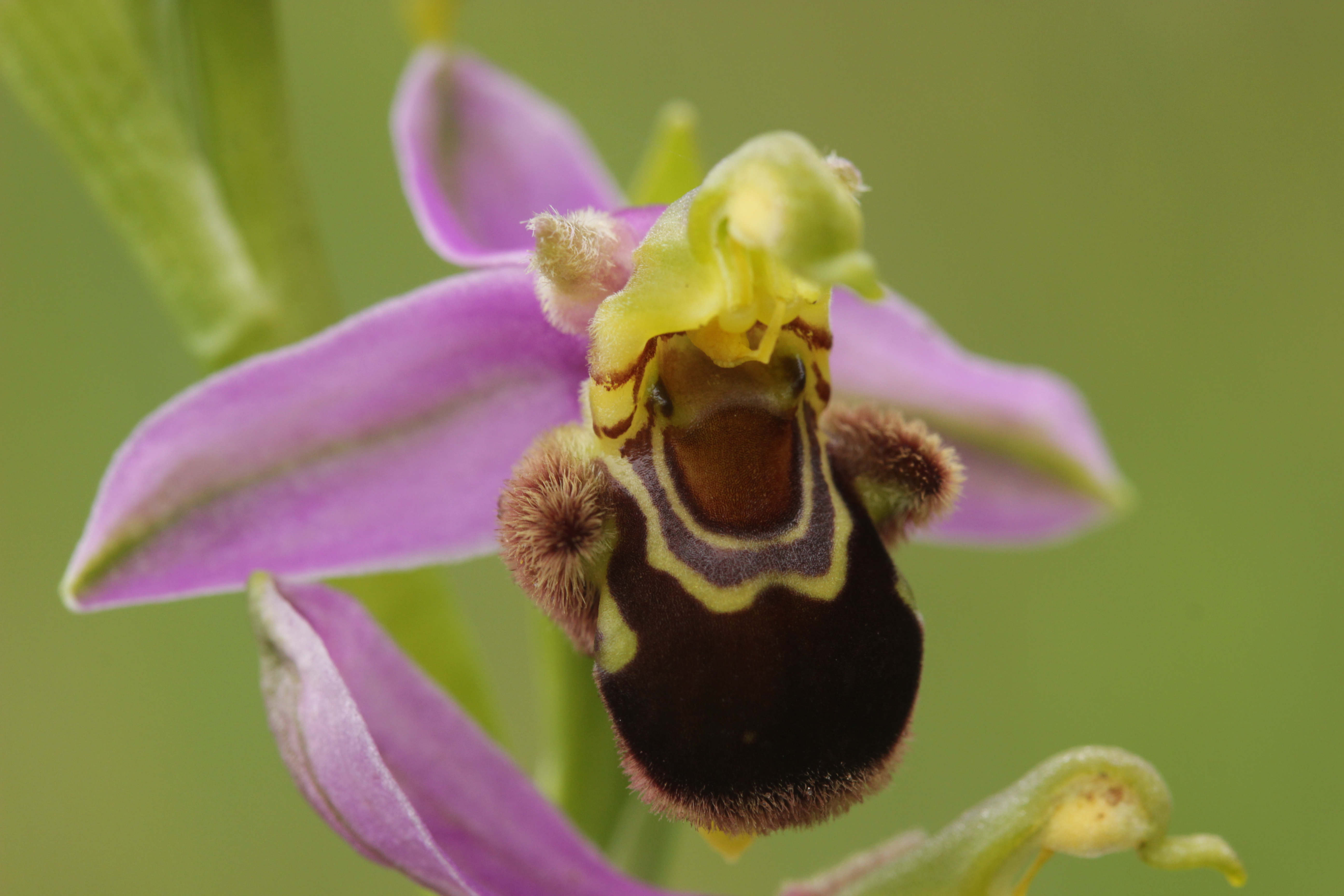 Their flowers have evolved over time to look very similar to female bees. Due to this likeness, often male bees will become confused and mistake the flower for a female ready to mate. They then attempt to mate with the flower in a process called pseudocopulation (pseudo=false).

Now the Bee Orchid’s tricks don’t stop there. Not only have Bee Orchids mimicked the appearance of female bees but they have also mimicked their smell. Bee Orchids produce scents (pheromones) which are again similar to those of a female bee ready to mate. This again encourages the male bees to engage in pseudocopulation.

Why does the orchid want this? Why waste all the energy producing such elaborate flowers and aromatic compounds? Well, this brings us back to pollination. When engaging in psuedocopulation the orchid’s pollen sacs, called pollinia, become attached to the bee. Once the bee realises that their mating attempt is indeed a failure, they will then leave the orchid. The hope is then that the bee will again be enticed by another Bee Orchid and therefore pollination will occur.

What is in it for the bee? Absolutely nothing. This is why sexual mimicry is so interesting. Unlike many other forms of insect pollination this is not a mutually beneficial relationship. The plant in this situation is taking advantage of the male bees, and the bees gain no reward.

During a university field course to Mallorca we found Bee Orchids in a coastal woodland. That was around this time of year in 2016 during my 1st year. It was beautifully coloured and great to see something which I had learnt about in lectures in the real world. Scrolling back through old photos is what inspired me to write this post! 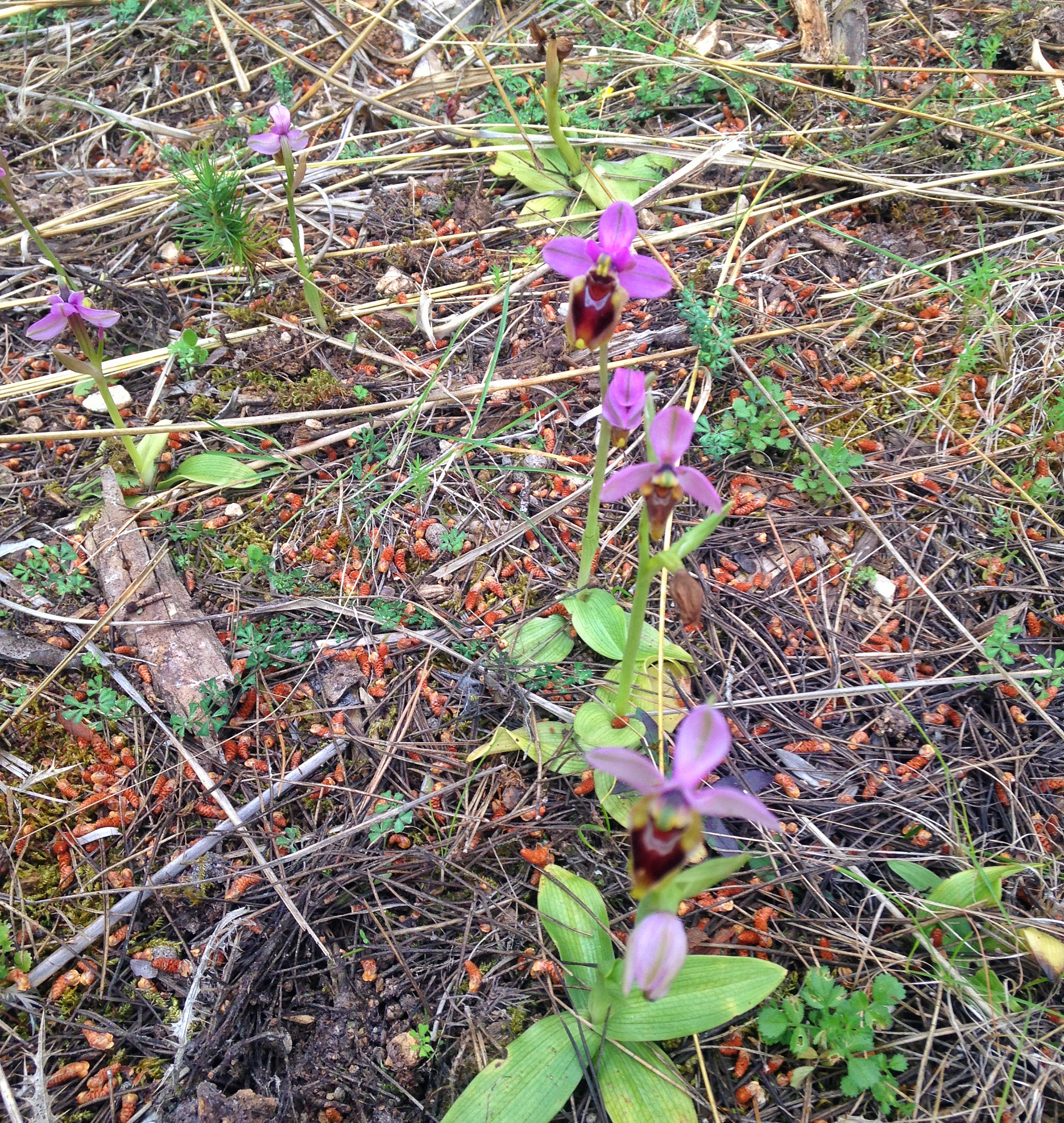 The Natural History Museum produced a lovely video about the Bee Orchids which you can view below!

I hope I have changed your mind a little as to the interesting lives of plants. Let me know what your favourite plants are and why!

I’ve avoided speaking about the climate strikes for a while now, it’s been a mixture of reasons from feeling like I don’t know enough about them, to feeling like it’s the youth’s movement (do I Read more…

I’m ashamed to say that I absolutely had no idea how close the Yorkshire Dales were to Manchester, until my boyfriend decided to surprise me with a little last minute getaway last week! We went Read more…

Degree results are in…

And….. I GOT A FIRST!   Yep- I’ll be graduating The University of Manchester in July with a 1st class honours degree in BSc Biology!   I’m so chuffed and it just goes to show Read more…